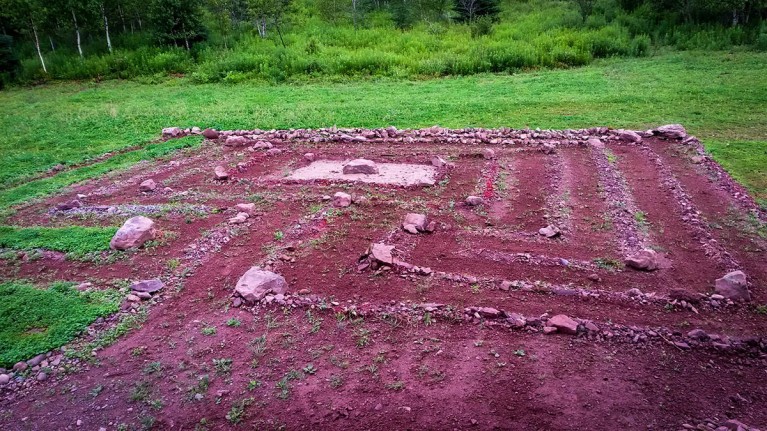 I have long wanted to build a labyrinth.  The simplicity of a safe walking path that leads circuitously toward a centre is a mild metaphor for walking through the difficulties of life.  My labyrinth has been raked into a square format, and as you can tell by the photo it is a work in progress.

My first encounter with labyrinths began with the violent Minoan myth of Theseus and the Minotaur.  Legend states the Minotaur was hidden in a labyrinth beneath the ancient palace of Knossos on the island of Crete.  Other research will suggest labyrinths have existed in several cultures as early as 2000 BCE.  The 13th century Christians built an impressive labyrinth into the Chartes Cathedral floor.  I wonder why that Pagan-ish practise was adopted?

Ancient paths and forest trails appeal to me.  Robert Frost’s “The Road Not Taken” reminds me that I can chose my direction based on something as subtle as a ‘feeling’.  I like the idea of being in harmony with my feelings.  Whether I am in the mood or not, walking a labyrinthian path reminds me that I am a calm and organic person.  I like this.