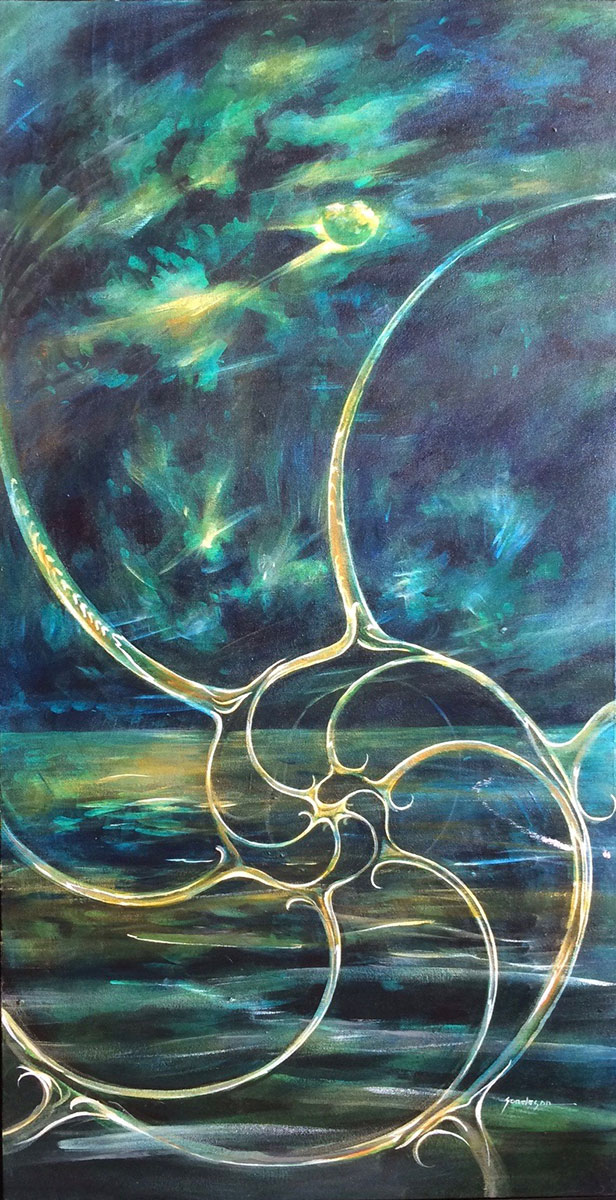 My recent series of artworks have been nurtured by the idea of tide and time. “Moonshell”, one of the keynote pieces of that collection, appears to be a cross section of a shell overlaid on a night sky.

The idea of ‘Moonshell’ came from the common name given by a childhood friend to the large snail shells found only during unusually low tides, and, the full moons of summer gave the best low tides! I have collected many of these vacated ‘moonshells’ while walking the Blue Sea Beach of Malagash.

As a metaphor, the shell’s spiralling interior of divided rooms could represent places to grow. As each idea grows, it builds life and occupies space. At a point each room becomes full, and must be sealed before another is formed. These rooms for ideas arrive, develop, end, and circulate around upon each other, building the body of life’s work.

I am at an end of a full room right now, sealing the door, and do not yet know what the next room will hold.