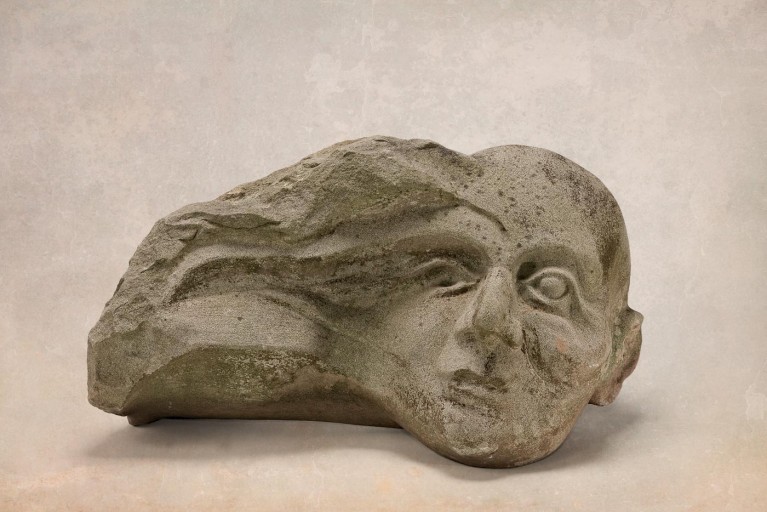 The sculpture Malagash MacKenzie MacIntosh is an homage to my mothers lineage.  I barely remember grandmother Jessie MacIntosh who married William MacKenzie,  a fox farmer in Malagash, Nova Scotia.  My mother, Mae MacKenzie, was the  youngest of four girls and two younger brothers.   They all had the straight MacIntosh nose, which I have passed on to my youngest daughter Kate. This sculpture is meant to be viewed under water as if you were walking along the Malagash shore and stubbed your toe upon it in the shallows.

I remember my mom saying I had achieved so much more than she, at my age. She had had polio as a teen leaving one weak shoulder that limited her in occupational skills. I had gone on to university, had three degrees, and was working as an artist. I remember thinking I had not done much to earn that compliment.

I now look at my own daughters and think they have done much more than I, at their ages. Both had the courage to move from home; the youngest studied in Montreal, and works in the Toronto theatre business,, while my oldest daughter has moved to northern British Columbia, and lives with her family in a relatively remote area.  What will their children say to them? Will they feel as Mom did, that the children are so much more then they ever were? Malagash MacKenzie MacIntosh is about that apple that falls decidedly farther from the tree.